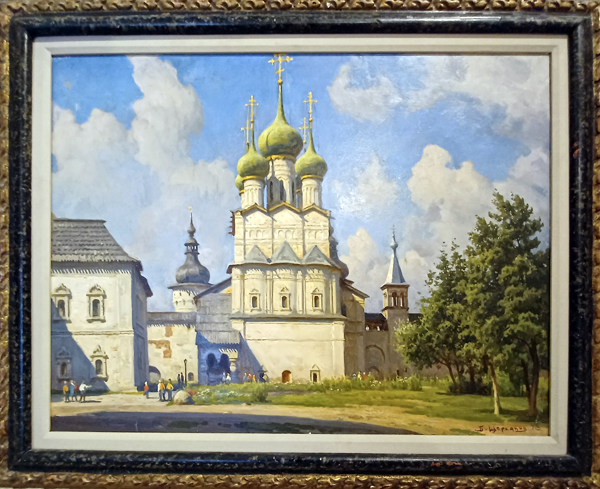 Soviet artist Boris Valentinovich Shcherbakov – representative of socialist realism. People’s Artist of the USSR (1986), he was the winner of the Stalin Prize of the third degree (1952).
Known mainly as a landscape painter, Shcherbakov worked in the genre of historical painting, portrait, and still life. Participated in exhibitions since 1939. He received the last Stalin Prize together with a group of artists for the painting “Meeting of the Presidium of the USSR Academy of Sciences.” Also, he was the Corresponding Member of the Academy of Arts of the USSR (1973).
Born March 25 (April 7) in 1916 in Petrograd, Boris Valentinovich Shcherbakov grew up in the family of the artist VS Shcherbakov, a pupil of Ilya Repin. In 1933 he entered the All-Russian Academy of Arts, from which he successfully graduated in 1939. He studied in the workshops of I. Brodsky, V. Yakovlev, and P. Shukhmin.