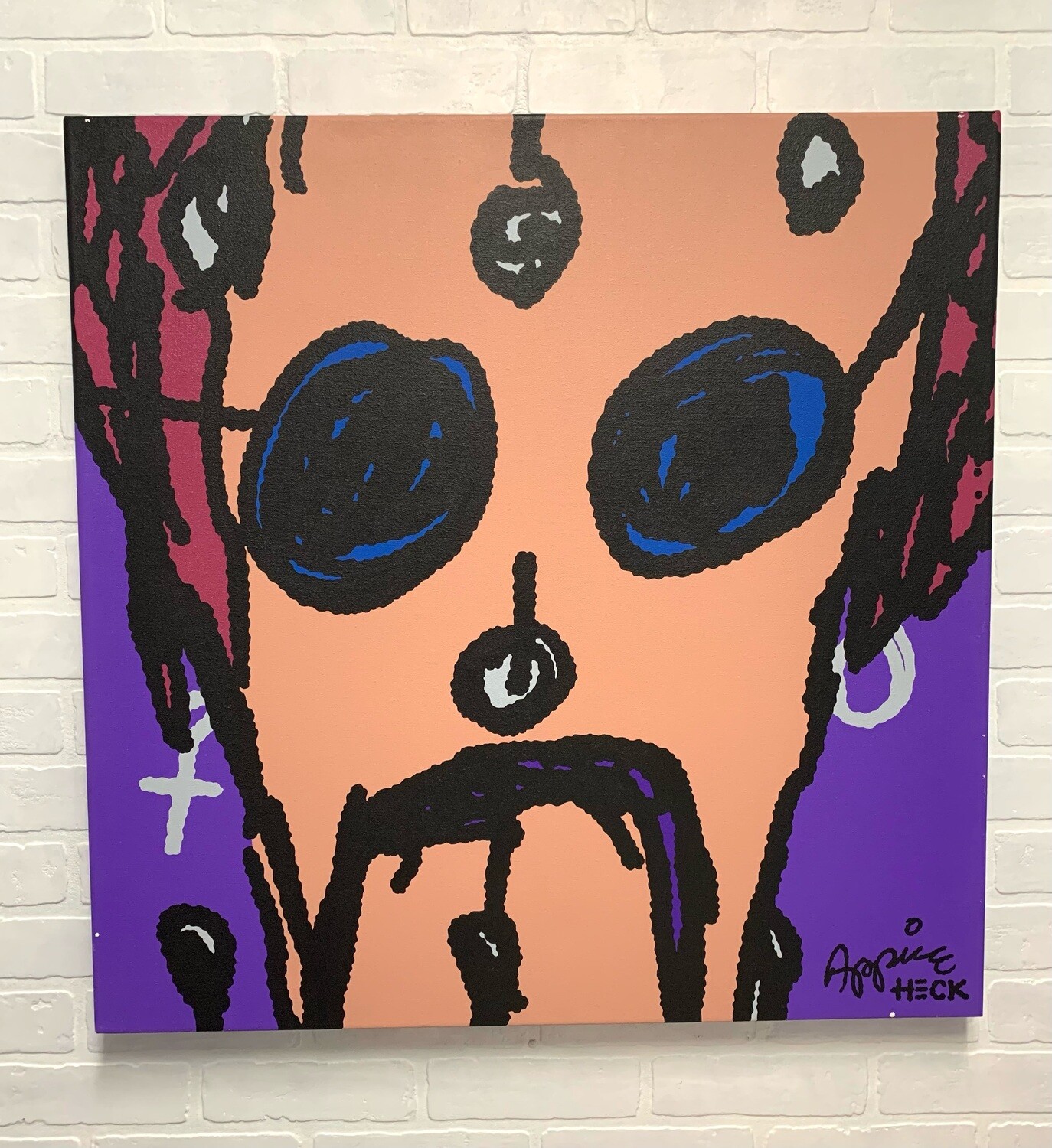 Fresh. Bold. Engaging. These words often come to mind upon viewing the artwork of Pop Artist Ed Heck. One is immediately disarmed by the naive charm of these brightly colored works on paper and canvas.

Ed Heck’s enigmatic canvases were first exhibited in New York City in 1999 and were an instant hit. The viewer response was overwhelming. Reactions ranged from surprised appreciation to pure delight.